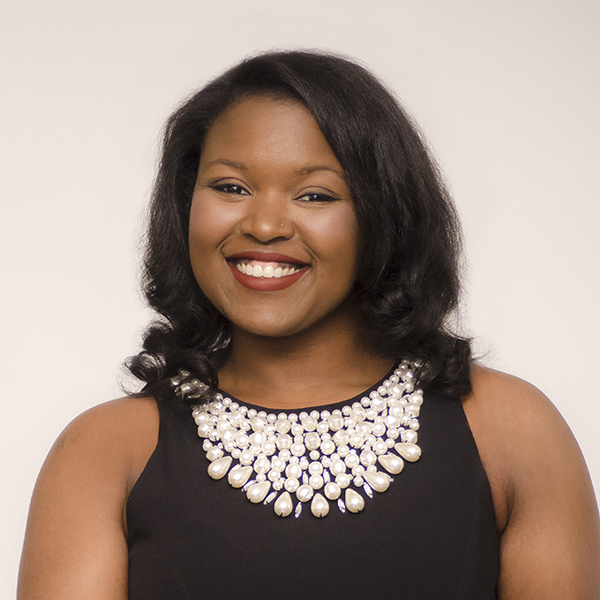 Jasmine Bowls is P.R.O.O.F. There is No Lack of Resources, but Instead, a Lack of Access

Jasmine Bowles refers to herself as a “first-generation ATLian”, who moved to Clayton County with her parents in the first grade. This move would prove to be a turning point in her life, cementing her in the surrounding community and leading to her commitment of improving the plights of her fellow Clayton County residents.

She attended Clayton County schools from first through twelfth grades — Brown Elementary School, Mundy’s Mill Middle School, and Lovejoy High School. Even in her youth, she was active in her community and in extracurricular activities like the Clayton Alliance for Summer Theater, the Fayette County Youth NAACP, Girl Scouts, Jack and Jill, dancing, and captaining her high school’s cheerleading team. She even participated in the People to People Student Ambassador Program, which allowed her to study abroad in China in 2005, a year before graduating high school. After being accepted to all the HBCU’s to which she applied, she received an un-refusable financial aid package and eventually enrolled at Emory University as an English/African Studies major.

It was there where she says she experienced culture shock for the first time, and realized that many of her fellow students had been given advantages and opportunities she had not received due to their differing zip codes. While at Emory, she had a South African professor she grew to admire, and Ms. Bowles subsequently enrolled in the University of Cape Town (her professor’s alma mater) during her junior year. While in Cape Town, she taught in Khayelitsha, the largest township, with the initial goal to attend law school, become a judge and advocate for youth.

In 2010, she earned a bachelor’s degree in English and African Studies. After moving back to the U.S., Ms. Bowles joined Teach for America as a fourth-grade teacher in the Little Haiti Neighborhood of  Miami-Dade County, where she says her students’ high level of performance dispelled the negative stereotypes others held of them.

In 2012, she earned her Master’s of Science in Education and Social Change from the University of Miami. After living, teaching, and leading in New Orleans, Jasmine returned home and founded Plans, Resources, & Opportunities for Organized Freedom (PROOF) in 2016.

PROOF is an “intergenerational ecosystem for problem solvers” that holds think tanks and studies primary source stories and plans from Black scholars, activists, grandparents, and first-person narratives in order to come up with modern, workable solutions for educational and economic issues that plague the community.

Meetings always end with a call to action. She has also been a fellow at the Louisiana Department of Education for Leadership for Educational Equity (LEE), a development organization for educators, and a fellow for the Black Alliance for Educational Options (BAEO), and organization founded by one of her mentors Dr. Howard Fuller, where she learned ways to educate Black people about their access to high-quality educational options. She’s a founding member of the Clayton County branch of the Young Democrats of America, “the largest partisan, youth-led political organization in America”, advocating for the election of progressive leaders with progressive values.

Stopping is not an option”, proclaims Jasmine Bowles the educator, organizer, community advocate, non-profit executive, school board member, and dreamer.

These experiences led Ms. Bowles to run for public office in both 2016 and 2018. Following her defeat in 2016 for the State House of Representatives District 63, she reflected, “You don’t need to be elected to be a servant, and people needed PROOF.” However, two years later, on May 22, 2018, she was elected as a Clayton County Public School Board member for a four-year term and formally sworn in on January 7, 2019.

Ms. Bowles’ vast experience in the education sector has given her much insight into the problems and inequities that exist in the system. Her face alight, using grand hand gestures, she speaks about what can be accomplished if only those in power will admit there is a problem. Her enthusiasm and dedication to the topic are evident. However, she insists it’s not enough to simply talk about the problem or get upset about it. She realizes a “boots on the ground” mentality is required to effect any real, substantial, lasting change. To this end, she acts as School Board Partners’ Vice President of Strategy and Programs, where she encourages school board members across the country to enact and enforce anti-racist policies in their school districts. Her number one goal for school boards across the nation is to improve results for students and their families and allow them to self-actualize. She sees her role in achieving this goal as three-pronged: overseeing the budget, overseeing policy, and overseeing the superintendent. Throughout her decade of work in the education sector, she has impacted of over 3.5 million students and at least ten thousand teachers.

Ms. Bowles doesn’t believe there’s a lack of resources, but instead a lack of access. She asserts the education system isn’t broken. Rather, it works the way it’s designed, which is to distribute the majority of resources (educational, housing, food, etc.) to those who have access to power and privilege. Children are reflections of their community’s access to opportunity, or lack thereof. But for change to occur, Ms. Bowles states, “There has to be resistance to the status quo.” If resources are distributed equitably to begin with, according to Ms. Bowles, “Kids won’t need second chances if they have a really great first chance.” While teaching in South Africa, she learned the Zulu concept of Ubuntu, which translates to “I am, because you are.” In the U.S., we are often individually-focused, but a collectivistic, village mindset is necessary to ensure the success of every member of the community. She asserts that value-alignment is at the core of every decision she makes. If something does not align with her ethical system, she does not involve herself in it. The forging of this strong foundation was undoubtedly aided by her parents, who were both influential in her success and supportive of her efforts to gain the higher education required to do her work and act as an advocate for change.

As to where she sees herself in ten years? She wants to continue making an impact and eventually become “an incredible wife and mom” who will “create little tiny revolutionaries to carry the torch.” Considering her tenacity, focus, and the goals she’s already accomplished, there’s little doubt she will make this a reality, as well.