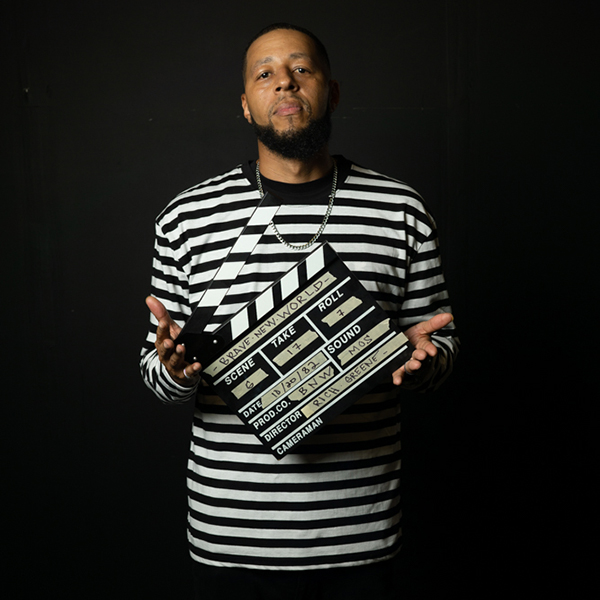 As an entertainment-prenuer, Richard Greene AKA “Rich Greene” has gained priceless knowledge in just about all forms of the entertainment industry. He credits his experiences both good and bad for shaping him and helping him grow. The executive producer was born in El Paso, Texas and raised in Denver, Colorado. “He and his family have been in Atlanta for over eleven years. “It was perfect timing. By the time we’d gotten here in 2011, Atlanta was the place to be if your calling was the entertainment industry.”  Rich recalls feeling the energy of Atlanta “Moving to Atlanta was motivating. Everyone was doing something. starting businesses, shooting videos, having events, and networking.”

In Denver, Colorado, Greene got started in the advertising industry as an art director. Using the knowledge learned in advertising, Rich began to find success as a concert and party promoter. He promoted concerts and parties that brought big names in both the Hip Hop and EDM worlds. “Promotions can be a  dirty game.” Says Rich as he recalls a story where he booked Drake for an after party. In all actuality Rich and his team were scammed by a fake booking agent. “Yea we caught an “L” on that one AND lost money.” Says Rich as he reminisces. “Denver was a tough market for promotions. You had your rival promoters who would try to sabotage your events. Once a rival promoter announced at one of his events that My event was cancelled. I found out the day of my event when not too many people showed up, even the ones that pre paid.” Rich also speaks of the gang issue in Denver. “Shady promoters and Gangs were the biggest threats back then. It was sad to see innocent bystanders get shot outside an event. Fortunately no shootings ever occurred at my events.” Rich Continues, “Denver was a cutthroat, fast paced market and you always had to watch your back. We were young but we found a way to find success in this environment.” Throughout the setbacks and challenges, he values the lessons learned. “Promotions really gave me the skill sets needed to conduct business in the entertainment industry. Says Greene

After moving to Atlanta, a friend connected him with an Atlanta based film producer. This pivotal connection lead Greene to working his way up the complex industry hierarchy. Within that year he worked on forty-three music videos with artists like Gucci Mane,  Lil Baby, Migos and Jaquees. Starting as a PA (production assistant) and gradually moved his way up to Producer. After many music videos, Rich found his passion for Television and Movies.

Fast forward two years later. On Christmas Day 2019 Rich started his own content creation company, Brave New World Media, assembled a team and attracted investors. Brave New World’s first project was “Ian Burke, The Dreamweaver” and is now working on a distribution deal with Netflix. “I learned so much working with Ian Burke, he’s like my big brother and I’m honored that he trusts me to tell his story.” Rich continues, “It was an amazing experience. The phone would ring “Jermain Dupri has confirmed, Goodie Mob, Organized Noize, Jagged Edge and Kandi Burress just to name a few. It was cool to see all of these icons give Ian his flowers and well deserved credit.” None of the phone calls or meetings would have happened without our producers, Kawan Prather, Regina Davenport, and Sonia Murray
Although being his own boss and the ability to create is a wonderful feeling, working for others all those years had its benefits and interesting moments too. Those past jobs have given him a distinguished resume that includes work on reality television and pilots. “Those experiences were priceless”, he maintains. One of his most memorable moments happened when he was asked to have a speaking cameo on VH1’s Leave it to Stevie. “That was cool because when that episode aired, all my friends called me excited to tell me they saw me on TV!”

Rich asserts that even with all the obstacles thrown his way, it made him better and stronger.  “I wouldn’t change a thing. These experiences toughened me up, prepared me to do bigger things, and gave me confidence”.

He encourages creators to never give up. There will always be the risk of failing but it is important to keep going. In his words, “Power through it, learn all the lessons and remember how it felt when you lost money or didn’t succeed. Dissect it, learn from it and move differently the next time around. Continue to manifest your vision!”

One thing Rich has learned about putting deals together and working with artists is that “money is not the biggest selling point, oftentimes”.  He is enjoying the freedom to initiate his own projects that he’s passionate about, and building a strong team.  He compared his work to chess where just one move can affect five different things. When you stop chasing the money, and focus on making good deals that people can benefit from, you feed your soul and the money comes as a bonus.

It took a long time to get here, but Rich Greene can confidently say that he is living his dream. “Sometimes it’s kind of surreal, ‘cause it took so long to get to where I’m at now”.

Like any lifelong passion, there are highs and lows and even though Rich is still climbing in the industry, he appreciates how far he’s come. “I do love my job, I really do” he declares. How many can genuinely say that?