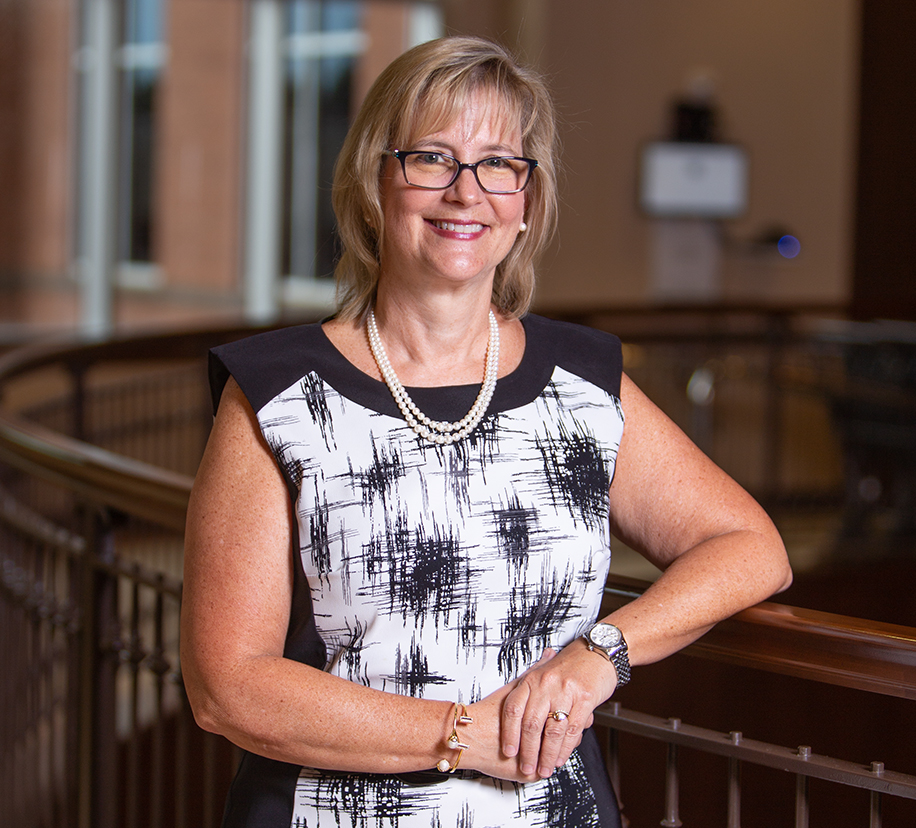 Vince Lombardi, the NFL Hall of Fame football coach of the Green Bay Packers, famously said, “Leaders are not born, they are made. And they are made just like anything else, through hard work.”

One day, early in her career as a staff physical therapist (PT) at the Georgia Baptist Medical Center, Armstrong learned a valuable lesson in leadership during a team building exercise she describes as a “lifechanging experience.”

“It was the classic perception is reality situation,” Armstrong said recently in her first floor offices at Piedmont Henry. “When I heard how my peers described me, it was totally different than how I wanted to bedefined.”

After receiving this less-than-stellar feedback from her colleagues, Armstrong knew it was time to make a major transformation. “I learned that I could evolve as a leader and be a team player,” she said. “But the most important thing I learned was to ask questions and then listen, really listen to the answers.”

It brought back memories of her father, a chemical engineer at the Oakridge National Laboratory that once played a role in the Manhattan Project during World War II. His unrelenting advice to his young daughter was simply, “Have you looked in the mirror?” In other words, do you understand the role you play?

Armstrong’s career has been the epitome of hard work, starting with her days as a Candy Striper in an OakRidge hospital while she attended high school. It was here that the oldest of three sisters developed her passion for healthcare. She dreamed of being a nurse, a position that she considers to be at the center of patient care because the nurse is “the advocate.”

“The nurse is so vital because the nurse is the translator. She or he is keeping the patient and the family at the center of all decisions,” Armstrong said.

However, while attending the University of Tennessee, she became a physical therapy aid at a regional medical center. That drew her into the discipline of physical therapy. When she decided to focus on PT, the closest university offering that major was Georgia State University. With a sister already attending Georgia Tech, she came to Atlanta where she lived in Stone Mountain.

A young man who lived in her apartment complex got her attention, and kept it. Breck and Deborah have now been married for 31 years with two children, Katie, an accountant, and Trevor, a soon-to-be graduated nurse practitioner. Yet even after being married and having her daughter, Armstrong continued her hard work. While employed full time and parenting a two-year old, she earned her master’s degree in healthcare policy and administration from Mercer University.

During her 16-year stint at Georgia Baptist, Armstrong took on ten different roles and was exposed to every department. It would prove invaluable to her future positions. A transformational leader, Armstrong’s ability to adapt and take on new challenges allowed her to lead various healthcare organizations through periods of change.

After a brief stay at Children’s Healthcare of Atlanta, she joined Rockdale Medical Center in 2001, again serving in a variety of positions that culminated in her being named CEO in 2007. “I was able to bring stability after years of tumultuous times that saw many CEOs come and go,” Armstrong said. “But the highest compliment anyone ever told me was, ‘You are real.’”

Under her leadership, Armstrong advocated for ways to improve access to higher quality care and services for patients in the Rockdale area. She helped Rockdale Medical establish a clinical affiliation with Piedmont Healthcare to provide support and expand specialized cardiovascular services not offered by the medical center.

After having served as CEO of Rockdale Medical Center since 2011, Armstrong was hired as Chief Operating Officer at Piedmont Henry in April 2016 and five months later was named the hospital’s first female CEO. Armstrong says she thrives in the Piedmont system because of its collaborative culture. “When you consolidate you get efficiencies,” she said.

To illustrate the value of Piedmont, Armstrong tells the story of a 37-year old man who was admitted to Piedmont Henry for what was believed to be a bad case of the flu. His lung function was rapidly deteriorating. Even though it was a Saturday, a cadre of Piedmont specialists drove from Atlanta carrying some new and unique equipment that eventually stabilized the patient enough so he could be transported to a special unit in Atlanta. “Without the resources of Piedmont this 37-year old man may not have made it,” said Armstrong.
With a foundation of robust quality and patient-centered care, Piedmont Henry has seen a notable improvement in the quality of care by reinforcing a culture of safety that places the needs and safety of patients first.

The hospital offers more specialized services closer to home, such as cardiac care, cancer treatment and advanced neonatal care. Piedmont Henry’s Emergency Department (ED) plays a critical role within the community. As the busiest in the Piedmont system, the ED cares for more than 88,000 patients per year while outpatients number more than 60,000 per year. The continuous increase in patient volume over the last few years has led to longer wait times in the department, and Armstrong and her leadership team have devoted much of their efforts to accommodate the growing healthcare needs of the community.

“We’re in the middle of a multi-phase expansion and renovation projects that will help alleviate some of our existing capacity issues and allow us to serve more patients in a timely manner,” said Armstrong.

While these numbers are impressive, they do not tell the true story of Armstrong’s impact on the hospital, staff, doctors, nurses, and volunteers at Piedmont Henry. Communications Specialist Joycelyn Osei came to Piedmont Henry around the same time as Armstrong. She believes the high standards set by Armstrong for her department leaders and staff has filtered throughout the hospital from the administrative offices to the environmental services department.

“You can feel the difference when you walk down the halls,” she said. “She understands theimportance of fostering a supportive workplace where all employees can thrive.” Despite being the CEO of a large hospital, Armstrong still carves out time for her own health. She and Breck have taken to riding bicycles, sometimes going for up to 30 miles in a day. As a matter of fact, she and her husband have accrued over 3,000 miles total on their bikes. “But I’m no athlete,” she says with a laugh.

The CEO also still tries to be home every night to cook dinner. Breck loves good old southern comfort foods like meatloaf while Armstrong tries to steer the diet towards more healthy dishes.

With plans underway for a $130 million expansion within the next five years, Armstrong continues to work hard to bring even higher quality care while maintaining a safe and reliable environment for patients.

“As our community’s hospital, our job is to provide the best quality of care possible to every patient who walks through our doors. We take pride in what we do, and we will continue to diligently to deliver on our purpose to make a positive difference in every life we touch.”