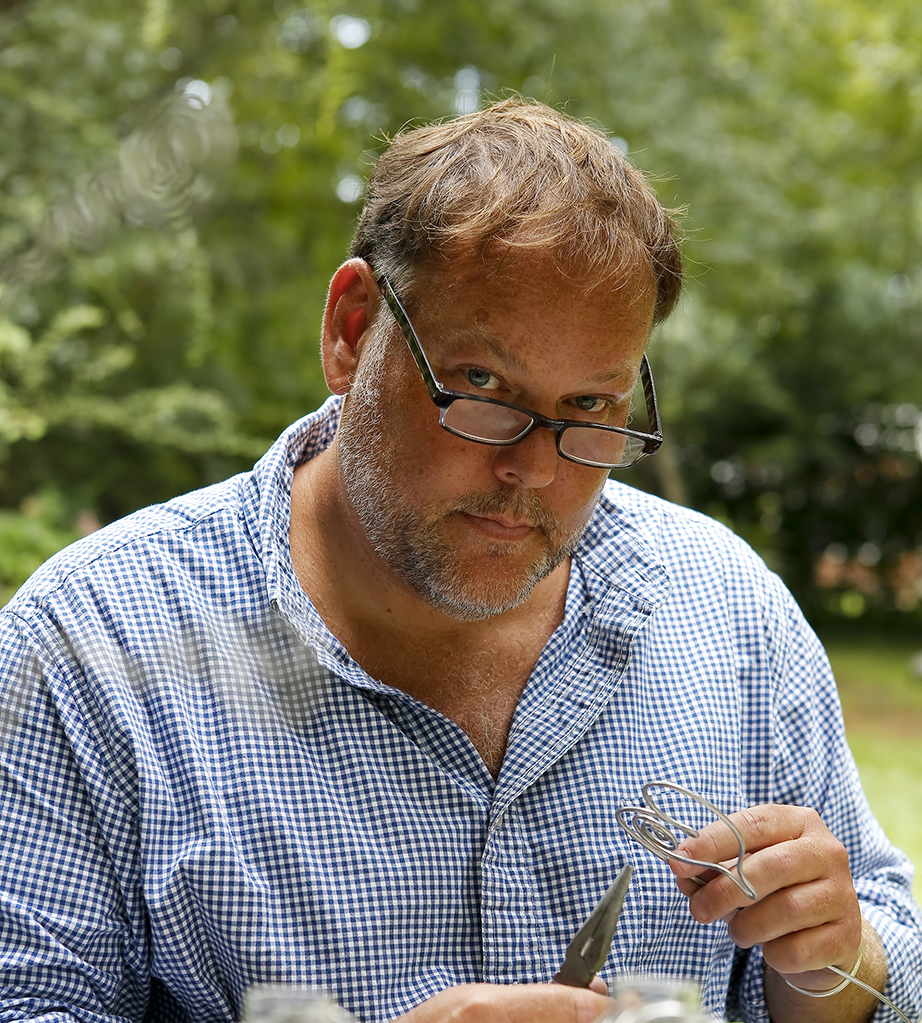 Whether you consider yourself a connoisseur or just someone who loves unique handmade jewelry, you have probably seen some version of Todd Briske’s work displayed in department stores, art galleries, and/or homes without ever realizing that its creator lives right here in the Southern Crescent. Yet the artist readily admits that some of his most popular work was the result of “a wonderful accident.”

Being one of those rare individuals who knew exactly what he wanted to do with his life early on, The Art Institute of Atlanta brought Briske to town after growing up in Spartanburg, South Carolina. After graduating with an Interior Design degree, the artist sold French antiques at the Atlanta Decorative Arts Center, and then began working at a Virginia-Highlands art gallery where he did everything from selling his art to creating window displays.

Regardless of the art form, true artists know the craft you love rarely generates enough income to pay the bills. “I’ve been a bartender, a short order cook, a construction worker, you name it I’ve done it,” says Todd, who also spent many years working as a nanny. “But I always focused on my passion.   I worked in an art gallery for most of my adult life, and selling French antiques provided me the opportunity to work and live in France for three months. I also worked in a rock shop, and there were days that I literally used to get paid in rocks (laughs). When I was cooking, there was nothing more artful than serving a meal. When I was a nanny, the kids and I would do things that were art related. I think that I learn something from everything I do, to me everything is art.” 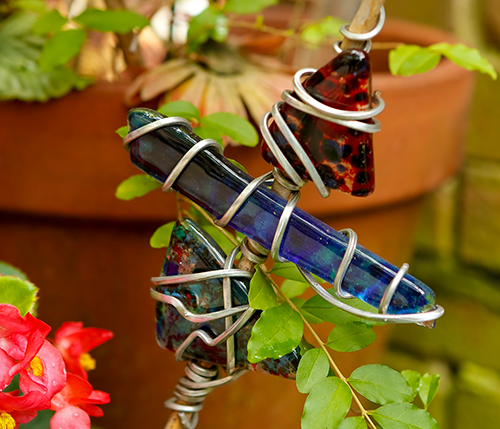 This mindset is what helped Todd conceive what he calls ‘wire people’ – by accident of course.

After living and working in  Atlanta for about 20 years, Briske relocated to Clayton County to live with his partner and lifelong Forest Park resident, John Perry.

Once settled the artist in Todd immediately took over their backyard where he constructed an outdoor office workspace and art gallery that simultaneously embodies creativity and relaxation. An ideal setting in which to create.

“Jewelry is what I’ve focused on for quite a few years. Then I started making these wire people to display my jewelry, the pieces would hang off of its hands or all across the arms,” explains Briske. “Well, people loved the jewelry and I sold the jewelry, but people also wanted the wire sculpture men (laughs). But that was great too, as an artist you want to sell what you can sell. So I started making more of those, and it just kind of snowballed.”

“ Every piece is unique; every single thing I make is literally by my hand.”- Todd Briske

Various wire people have been showcased in art galleries as far away as Hawaii, and in Alaska. Try to picture the huge wire person adorning the roof of a cabin with its arms embracing the chimney.

Being one of the few people left in the world who doesn’t own a cell phone, Todd  likes to keep things simple, as reflected  by  his  technique of using  only a pair of pliers and his imagination. Depending on size and customization, it can take  anywhere  from  a  few  hours to several days for Briske to create one of his wire people, which are made of aluminum and occasionally copper costing anywhere from $5.00 to $5,000.00. Aside from his jewelry and wire art creations which have been purchased by residents county wide, Briske’s paintings line walls in homes across Georgia.   Todd’s skills are still taking him in new directions, as his latest project involves creating Christmas ornaments. “Every piece is unique; every single thing I make is literally by my hand. I don’t do anything manufactured; I don’t have anybody else that works for me. It is all 100% American made in Clayton County.”

The one thing Todd appreciates more than art is humor, and he finds ways to incorporate it into his artwork as well as life in general. “A successful piece of art should evoke an emotion or response from the viewer, which may sound a little lofty. But to me, a lot of my pieces just make you laugh,” adds Briske. “If it makes you smile and laugh, I think I’ve done my job.”