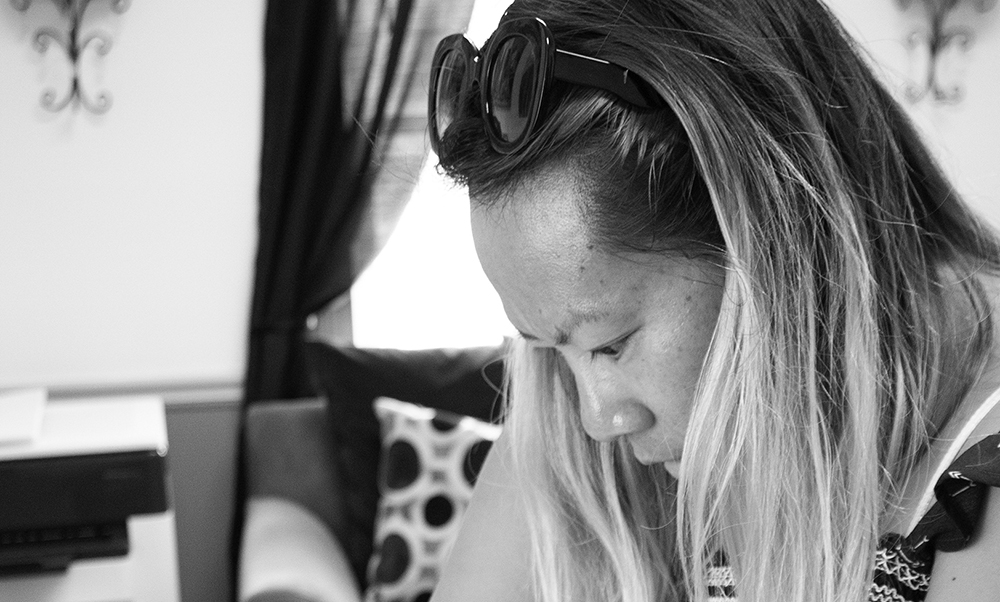 Coming to America, A Refugee’s Story

With the current administration in office and in particular, President Trump’s stance on refugees and immigrants, we hear about refugees and immigrants on all news media platforms daily. The refugees and immigrants issue is just one of a long list of political topics that have divided not only the country but coworkers, friends and even family members. Everyone has their own reasons and opinions for which side of the debate they support. But I can only speak on my behalf and here is my story:

Most people, when they first meet me, automatically assume that I was born and raised here in America because I do not speak with an accent. I always pause when someone asks me where I am from, not knowing if they’re inquiring about my origins or my ethnicity and nationality. So then, I usually break out into the Cliffs Notes summary of where I was born and how I came to Atlanta. Then the usual response in return is, “Oh. I was just wondering if you’re from Georgia. That’s all…”

I knew bits and pieces of my personal history growing up but only in recent years have I learned of how truly remarkable my boat story is.

My Ong Ngoai (maternal grandfather) apparently built the small boat that my family used to escape from Vietnam. The first attempt to flee was in 1978 after my older sister was born. That attempt was unsuccessful because my family was afraid we were would be discovered and caught by the Vietnamese communist government.

Shortly after I was born, my mother, father and sister once again got into that small craft along with 13 other people and tried again to flee in 1981. The voyage from Vietnam to a refugee camp in Thailand took three days at sea. While I was interviewing my mother, she said, “God really loves you because you could have died.” She said that although we weren’t caught in a sea storm, it was an overcrowded and small boat in rough waters. A big swell almost took my life.

Three days later, we arrived safely in a refugee camp in Thailand where we stayed for six months. From there, we left Thailand to arrive at another refugee camp in Indonesia and stayed for another seven months. My family arrived in Los Angeles, California, in 1982 when an American church sponsored us to live in America.

The new freedom we attained by simply stepping off the airplane and setting foot on America soil was not lost on my parents. After we relocated from Anaheim, California, to Atlanta, my father studied for months in preparation for his citizenship exam and became an official American citizen in 1987. My mother took her exam in 1989 and when she passed and acquired her citizenship, her new status automatically became mine and my sister’s as well. All four of us were official – we were American citizens.

After mother gained her citizenship, she made immediate plans to set in motion the countless paperwork and documentations to begin sponsoring other family members so that they could also experience what freedom was like and to be able to live in a country where they would not be perpetually afraid of their own governments. The freedoms that all American citizens are granted in the Constitution.

My mother’s younger sister, Thuy also left Vietnam to come to America. Her plight was much more difficult than ours. My auntie arrived at a refugee camp in Malaysia in 1987 where she remained for seven years. The refugee camps by then had gotten more and more strict and they made life difficult for the refugees. The refugee camp officials kept telling the refugees to return to Vietnam because they were not allowing people to come to America anymore. My auntie was adamant about coming to America and that was why she stayed in Malaysia for as long as she did.

“We were treated poorly as if we were prisoners but I refused to return back to Vietnam like so many people did. They gave up and went back. I refused to go back,” my auntie said.

By sheer determination and my mother’s constant dealings with paperwork and documentations to get her sister to America and more importantly, God’s grace, my auntie finally arrived in Atlanta in 1994.

Having been born in Vietnam, but raised in America and living here almost my entire life, I know more about American history than I do Vietnamese history.

As a fan of the late celebrity chef Anthony Bourdain, when he said on his Travel network show, “No Reservations,” that his first trip to Vietnam changed his life, that one of his all-time favorite cuisine is Vietnamese foodies and that he wanted to live in Vietnam, I was pretty proud of my rich Vietnamese heritage.

For those who don’t get what the big deal is and why everybody is up in arms over the current refugee and immigrant issue because it’s so far removed and on the other side of the world, let’s bring it closer to home. For those of you who know me and those who don’t, what does a refugee look like? Me.

If the only accent you have now is a Southern or Northern one, you haven’t gone far back enough in your family’s lineage to remember that we ALL came from somewhere else. Everybody immigrated to the United States – fleeing from religious or economic persecution, to escape famine or war, World War I and World War II, from Nazi persecution, violence and poverty – to make a better life for themselves and their families. So what does an immigrant look like? Me.

The very First Amendment of our Constitution states: “Congress shall make no law respecting an establishment of religion, or prohibiting the free exercise thereof; or abridging the freedom of speech, or of the press; or the right of the people peaceably to assemble, and to petition the Government for a redress of grievances.” Nowhere else in the world can the citizens of a country feel freely enough to speak their minds openly about what is wrong and fight for what is right without fear from their government. For these reasons and many more, America is already great. I am proud to call this place my home. What does an American citizen look like? ME.