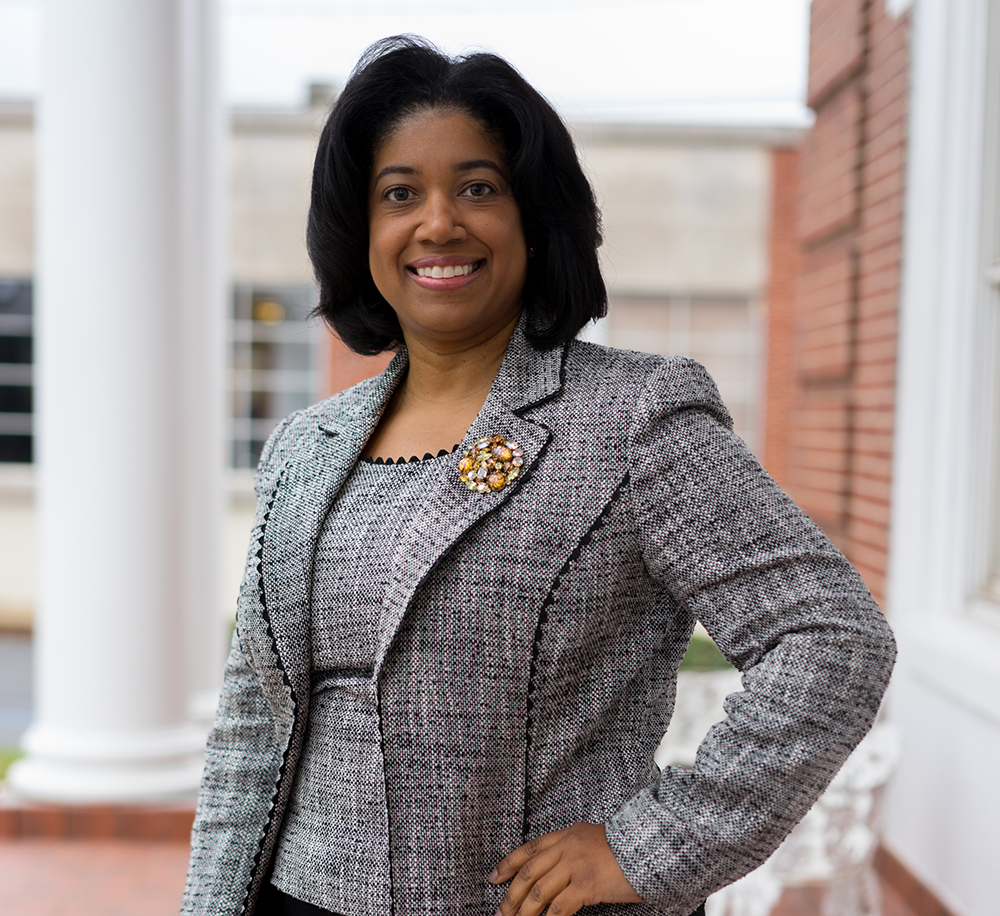 The City of East Point sprawls across thirteen miles in South Fulton County and includes over 34,000 residents. The city’s unofficial motto is fitting: East Point is where Main [Street] meets metro, paying homage to the city’s undeniable small-town charm and ideal location.

One of the city’s most fervent advocates is Jannquell Peters. The former Mayor of East Point is a woman with a complete understanding of what it means and what it takes to be an advocate for and to serve her community. Finishing up her tenure as the only female Mayor in Fulton County, Jannquell has worked to set forth a vision and properly advocate for the City of East Point while maximizing growth opportunities through progressive and intentional leadership. “We are a community that has an amazing small-town feel with all the amenities of being located in-between the busiest airport in the world and the major metropolitan city of Atlanta.”

Jannquell is an engaged public servant who runs and responds to her own Facebook page, utilizing the platform to engage East Point citizens directly and proudly showcases the city’s offerings in almost every post.  Her communication is open, concerned, and accessible.  She uses social media to enlighten, notify, and motivate the city’s residential and business communities. The hashtag #WhyILoveEastPoint sums up her relationship to her city. Her political journey and progress in engaging citizens via social media is apparent; her first offerings garnered little to no social engagement and today residents engage regularly, from posting questions about city opportunities to dissatisfaction with services–to which Jannquell attempts to respond timely and with transparency. 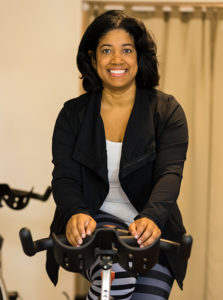 A lawyer by trade, Peters has spent her career in public service.  She was once a public defender and later a child attorney and most recently worked with the Office of the Special Assistant Attorney General.  Advocating as a public official seemed an organic next step when she decided to run for her first elected office. “I felt there was a need in the community for a different type of inclusive advocacy at the time I decide to run for mayor.”

Upon moving to Georgia in the late ’90s, Jannquell was a resident of Sandy Springs and in 2004, she sought to buy a house and immediately saw the charm in East Point. “I really enjoyed the quaint feeling of East Point. I was interested in settling here.” A charming 1920s bungalow drew her to East Point and she quickly fell in love with the community, which birthed a desire to help the city evolve and progress in some areas. “At the time, local politics was on display and in the news in such a negative fashion and I thought, ‘Wow! This doesn’t represent me or my neighbors or the very close-knit community that I live in here in East Point.’  I thought about running for office and decided that I could be a part of moving my community forward and in a different direction. I wanted to be a solid voice and advocate for the people who live in this community, a voice for forward progress, and provide a vision that embodied the natural amenities that the City of East Point has to offer. I feel I have done those things well during my tenure.”

Sometimes all you have is your health. With every passing birthday, it becomes very important for me to stay healthy, stay active, and having access to health care is extraordinarily important.- Jannquell Peters

As Mayor, Peters was a stalwart spokesperson and advocate for East Point.  During her tenure, her commitment to doing better for the city is evident in her administration’s many accomplishments and firsts.       From competitively renegotiating all city contracts to eliminating the City’s debt to maintaining additional funds that helped raise the minimum wage from $10 to $13.50 an hour. “We were forward thinking and forward acting with regards to making sure the people who work in our City can take care of their family in a meaningful way.”

Ms. Peters spoke briefly about Amazon, as the billion-dollar company holds a well-publicized search for their second headquarters. “I am competitive and I like to compete. Anytime you have an opportunity to bring a corporation to your community that will lend itself to good jobs, I believe it’s advantageous for most cities.” She enthusiastically champions East Point as a top choice for starting families and businesses. “If you’re looking for a place where a sense of community is alive and well and means something, look no further than East Point. We have distinct housing styles and a truly amazing sense of community with neighbors that will become your family. We have individuals that are so committed to the success of the City, it is unlike anything I’ve ever seen.  If you have a business that’s located in a city as supportive as East Point, success is definitely attainable.” She has also instituted a small business incentive program to support new and current businesses.

Even after she leaves office, the success of East Point will remain close to her heart and squarely in her sights. “There’s nothing I enjoy more than being involved in my community.  I will continue to be involved, to advocate, and I will continue to do the work. I have found a space that is appropriate for the skills I have and made a conscious decision not to run for reelection.  While I am extraordinarily proud of the work we’ve done in East Point over the past four years–there are gaps.”

Instead of a second Mayoral term, Peters started a foundation to help support cities and fill that gap.  The Community Foundation of Georgia (CFOGA) plans to help build capacity in cities across the state where public-private partnerships are lacking. For example, East Point has a new trail project–the East Point Path–which once designed will provide over twenty miles of intertwined paths with the purpose of providing direct access North and South of the city for pedestrians. The East Point Path is the city’s revitalization initiative to stay ahead of the curve. The build-out costs are approximately $35 million, and the city has only secured a small portion of that amount. “We don’t have the private partnerships in the City of East Point needed to support the growth vision I have for the city.”  She believes the CFOGA, which will focus on building capacity by addressing issues like community development, blight, public safety, and education, will bridge the gap between what local government can do and what the community needs and desires.

On where the city will be without her leadership, “We’re going to be fine in East Point. We are moving in the right direction and have projects this administration has put in place that are in the final planning stages to take us through 2019.  Not to say there’s no work left to do from a municipal space, but I see myself being so much more instrumental in fulfilling the vision that I have helped put into place by filling this gap in services, by building capacity in communities, and by connecting our city with corporate philanthropy and sustained giving. I think here in East Point; we’re on our way. We continue everyday to live up to our full potential.”

Peters is also an entrepreneur who started IndoCycle Studio in 2009. “It is an indoor cycling studio. When I moved to East Point, we didn’t have small boutique gyms. I thought I would be able to create a space where individuals who would never workout in a large box facility would feel comfortable and safe coming to workout in our space.” When asked about health, Peters answers candidly and passionately. “Sometimes all you have is your health. With every passing birthday, it becomes very important for me to stay healthy, stay active, and having access to health care is extraordinarily important. “When you look at people who are in failing health today I wonder what we as a community could have done differently–whether it’s supporting universal health care or encouraging physical education and unstructured play for school aged children. We must all do whatever we can to encourage people to be as healthy as they can be.”

Jannquell was born and raised in New Orleans, but considers East Point home. “What you see is what you get with me. Who I am as a person is who I am as an elected official. It has been a very interesting journey over the last four years. Not only do you have to be physically fit to make sure you are firing on all cylinders in general for life but you have to be mentally fit too to ensure that you get through situations that present themselves personally and professionally. I believe firmly that I am supposed to leave this Earth a little bit better than I found it. I grew up with that philosophy, I grew up with that belief, and I hope everyday I live up to that responsibility.”

Thank you, Sheriff Scandrett for trusting us with

@mariethomas505 thank you for trusting us with you

@jbo4clayco thank you for trusting us with your st

We are almost there! #ready4sam #southatlanta #sou

Let’s get to know one of Henry County’s finest

Do you know Tiffany Bryant? You should!! #southsi

We are super excited about the Under 40 features.

IT'S PEACHY! Let's Spice It Up!

It’s time to get out of your culinary comfort zone. We get it, your meat lasagna is other ... [Read More]