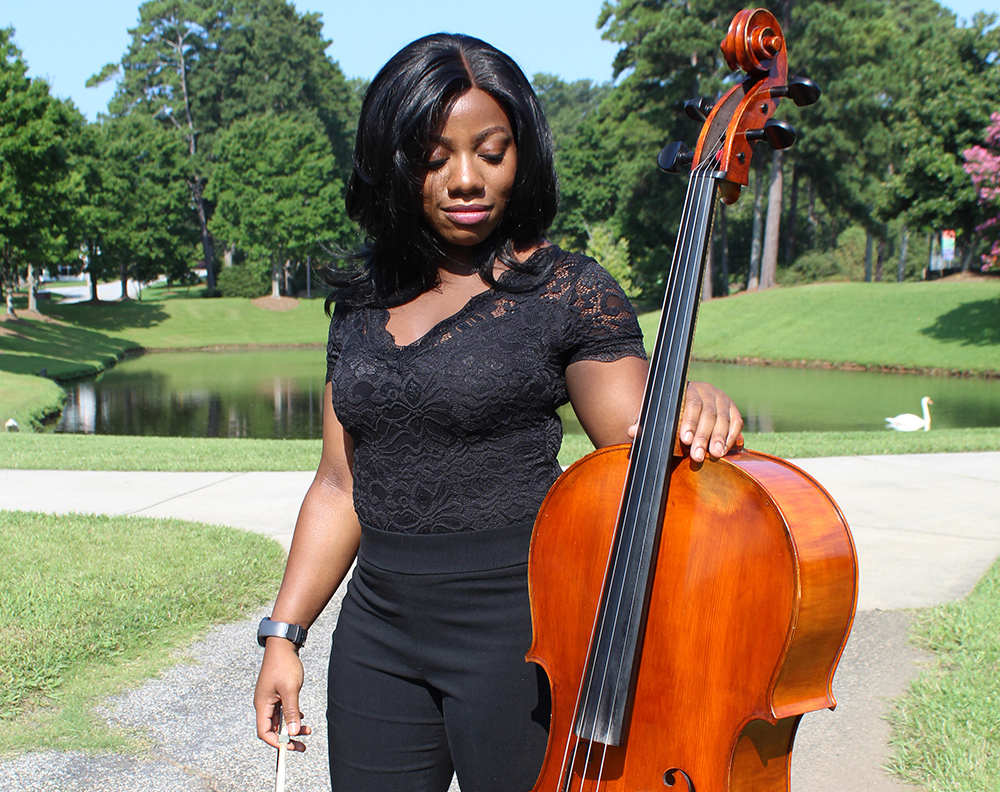 Art is an Element of Life for Jordyn Speakman

Jordyn Speakman is definitely living her life in her own way. As a radical believer in the land of pop stars and reality stars this Southern Crescent resident chooses a Cello as her claim to fame.  Though the world’s general view has changed on music, Speakman holds the art true to its worth. “Hundreds of years ago, music was a field held in regard as high as mathematics, English, and science. Today, we treat artists as if they are playing around in a toy bin. The art has not [lost] its value. The appraiser has just changed its view.”

Jordyn calls Clayton County home. “I attended Clayton County Public Schools, where I got my start on cello with Ms. Bridget Long in 6th grade at Adamson Middle School. For the first couple years, I always in the back of the section, but after witnessing evocation and provocation through music at a live performance at the Shakespeare Tavern, I determined to get better. In 8th grade, I passed both rounds of auditions to be selected for Georgia’s All-State Orchestra. I think that’s where I found out that this was what I wanted to do for the rest of my life. I was surrounded by others who wanted to grow and learn and play and I was overwhelmed and thrilled to be a part of it all. I’ll admit, though, that being in Savannah didn’t hurt either. In high school, I kept playing and growing until my senior year when I started taking private lessons and decided to pursue my post-secondary studies in Music Education. Now, I’m a student at Clayton State University (Go Lakers!), where I’m learning and growing so far beyond what I imagined.”

Jordyn stays busy and is completely and classically in love with her job. “As a musician, I perform as a solo artist, in bands, ensembles, with choirs, and orchestras. I have performed in front of live audiences as well as in recording studios. I am also a cello teacher and chamber ensemble coach. My skills include performing, arranging, conducting in many genres which include alternative, classical, jazz, R&B, indie, hip-hop, and movie scores or soundtracks. My job largely depends on the genre, circumstance, and/or whatever goals I have before me. Whether it’s performing for a TV show soundtrack, concert hall, or local bar, my job can change dramatically.”

Though Jordyn is an accomplished cellist she once raked leaves and baby sat for extra money in her South Atlanta neighborhood. “My strongest childhood memory is going to Starr Park in Forest Park with my mom at Christmastime. We’d go to the park and walk around, looking at all the beautiful lights and statues. I remember those nights like they JUST happened. I remember specific decorations. I remember my mom holding my hand and us singing Christmas songs together as we walked the park. I remember the weather. Those nights always stick out in my memory.”

Jordyn bills art as an element of life. “Art transcends almost everything around us. I believe God’s creation is art, from chlorophyll in leaves to make them green to the sound of their crunch in the fall and song the bir  ds sing in the morning. Art is all around us. You don’t have to acknowledge it, but you can’t ignore it.”