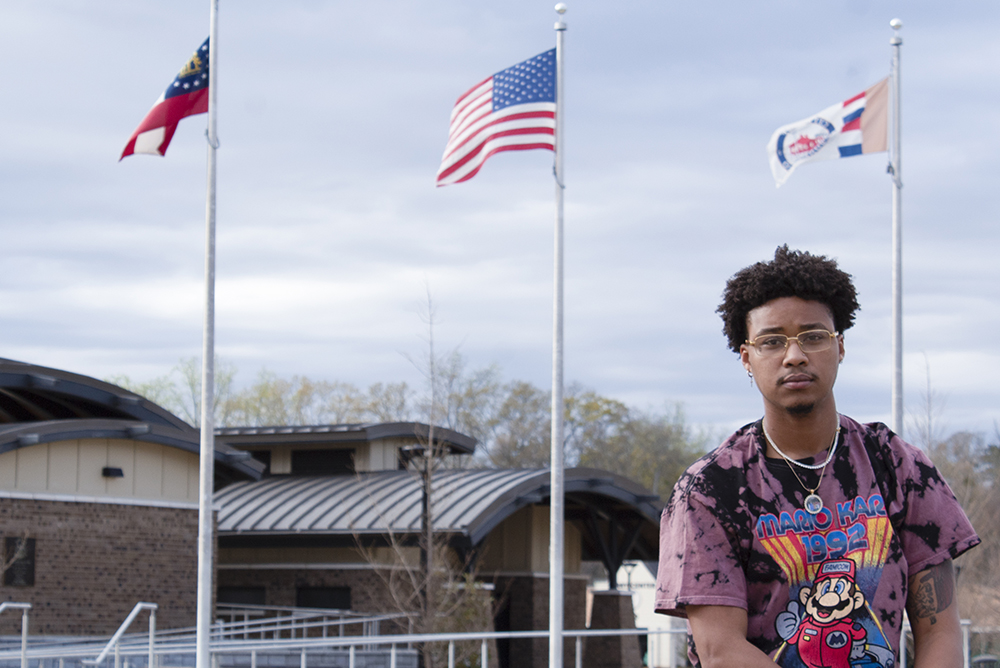 It’s in his blood, community activism, that is. Eric Bell is the grandson of Dr. Roy Charles Bell, the prominent dentist, and civil rights activist who helped open the doors to Grady Memorial Hospital so that African Americans could access proper health care. According to a report in the Atlanta Journal Constitution, in 1962, Bell sued Grady in a federal case that led to the Atlanta hospital to provide equal care. Bell vs. Fulton – DeKalb Hospital Authority desegregated hospitals in the state of Georgia and across the country. Until his death in 2012, the activist practiced dentistry in Jonesboro.

Following in his grandfather’s tradition of activism, Eric Bell returned home to Jonesboro after graduating from Morehouse College and serving in the U.S Navy, to serve his community. His first endeavor was substitute teaching at the high school he’d graduated from in 2009. “I couldn’t believe when I returned to Clayton County as a substitute teacher that our school system was still using the same books I used when I attended Mundy’s Mill High School.”

In 2016 at age 25, Eric was one of the youngest political candidates in Clayton County’s history. For him, it was a rewarding experience.

Last year Bell along with the Clayton County Young Democrats, sponsored March to the Polls, a voter awareness march that drew political candidates, elected officials, and other county constituents to a rally at the Historic Courthouse located in the city of Jonesboro.