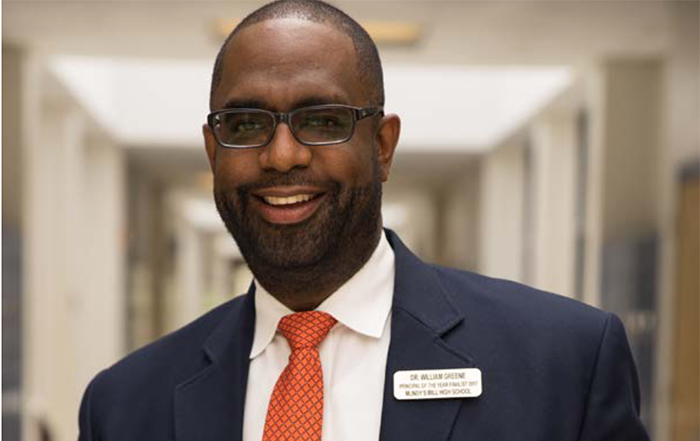 Taking the Fear out of Police Authority for Children

You don’t have to be a Riverdale resident to feel the residual effects of losing a leader like Major Gregory E. Barney, who was killed February 11, 2016 in the line of duty. His presence was also felt–and missed–throughout Riverdale High School (RHS) where he once worked as a school resource officer (SRO). The impact of such community-oriented relationships humanized his untimely death and the daily sacrifices made by law enforcement. 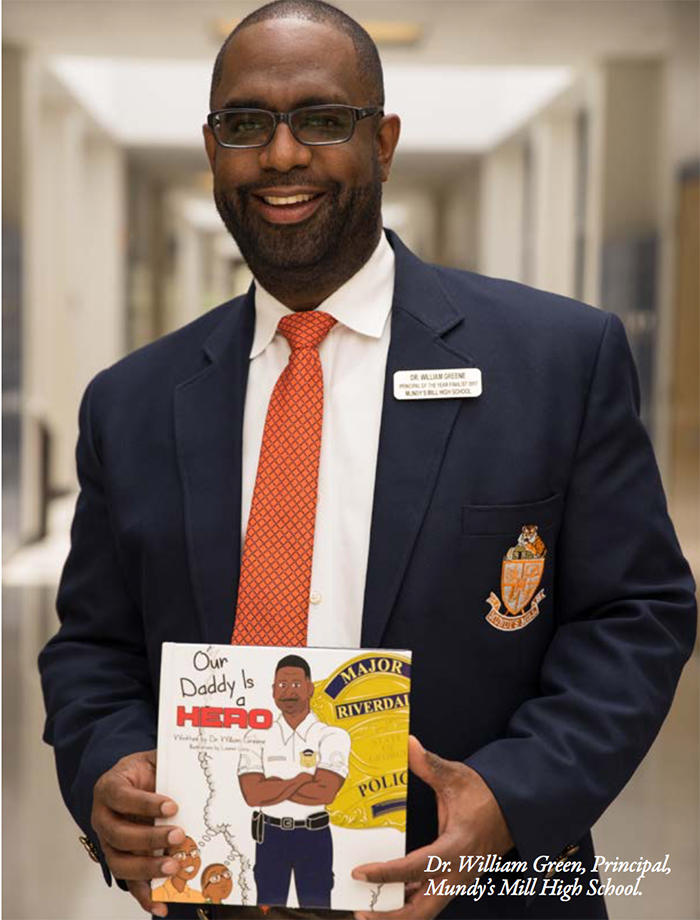 The 27-year veteran of the Riverdale Police Department lives on through the words of Dr. William Greene, author of the children’s book Our Daddy is a Hero based on the life of Major Barney. This book was written to help educate and teach children to see those around them–especially authority Figures–in a positive light. It also asks essential questions, such as what does it mean to be a hero, and how should we honor those who have made the ultimate sacrifice.

“I woke up in the middle of the night about two weeks after Major Barney lost his life policing the Riverdale community,” says the Mundy’s Mill High School principal. “We worked together at RHS years ago and became good friends. I felt like this was an opportunity to honor Major Barney by writing about him specifically and police officers in general, because sometimes law enforcement is not seen as not being the protectors that communities want them to be.”

“One reason why it was so easy to write this book is because I knew the impact that Major Barney had on our community”.-William Green

“It’s important for our police officers to understand the community they are working with, and it’s important for the community to understand the need for, and the value of, our police officers. One reason why it was so easy to write this book is because I knew the impact that Major Barney had on our community,” explains Greene. “He had a phenomenal relationship with students while working as a SRO. It’s easy to think about the police officer’s respon- sibilities in a community but in the schools, it’s somewhat different. You want them to build relationships with the students, and for some this was their first time interacting with police officers. Major Barney was dynamic at this! So, it was easy to flow with what he did in the community and then the inspiration of it being a children’s book was specifically so that children can see police officers in a different light.”

In addition to spreading the word about having great police officers in our community who are here to support students, this book furthers the Clayton County Public Schools’ literacy initiative to ensure students are reading. “African American boys in particular have been falling behind in elementary school, and I thought it important for them to see pictures of themselves in the book,” adds Greene. “My mother always made it a point to find books that would be of interest to me so that I would become an avid reader. We want that for our children; for them to see books that reflect them and are of interest to them.”

Dr. Greene will also never forget that Major Barney’s twin sons, Robert and Greg, were born while they worked together at RHS. His sons are now high school seniors. “I asked his wife if she would mind if I wrote the book, and she was fine with it. So, this book is dedicated to Major Barney’s sons and all of the proceeds are going to them, which was my goal since they’re about to enter college. I thought that was the right thing to do.”