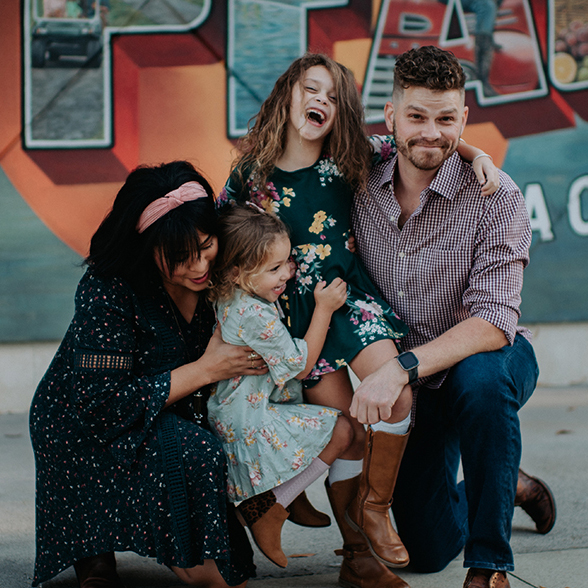 Out Together in Peachtree City with Mayoral Candidate Nick Ferrante, His Top Priority is Conserving the Magic

When you listen to Nick Ferrante describe his city, you instantly get the feeling that he’s just a guy that loves his hometown and believes that decency shouldn’t be the goal but the least we can do.

“When I was a kid growing up in Peachtree City during the ‘80s, it was not uncommon to see families out together picnicking on one of the cart paths. It is that kind of stopping, resting, and gathering that I miss.” Out, together is the charm and magic that Peachtree City offers.

Charted in 1959 and now home to over 35,000 people, Peachtree City is nestled in the lower southwest corner from Atlanta and is the largest city in Fayette County, Georgia. It is widely known for its charming village-style residential developments (five villages that contain its shopping area, recreational facilities, and elementary school). It is these little villages of magic create the city’s charm.

Even though Peachtree City is a melting pot of diversity, it lacks diverse expression, a critical ingredient needed to maintain the magic.  “To some people who live here, diversity is a net-negative. I view it differently. It is the Hispanic families that get it right. They are the ones seen mostly out, together stopping, resting, and gathering.”

The key to our best future is conserving the unique and beautiful identity of the city.

As a mayoral candidate, Ferrante’s top priority is Conserving the magic of Peachtree City. “The key to our best future is conserving the unique and beautiful identity of the city.” Working to restore any lost charm by highlighting the magical foundations that bring us together is a critical component of his campaign.

Nick plans to designate art and entertainment districts that will empower Peachtree City’s aging development village model. Shopping centers in each newly designated district will have the power to rebrand themselves as Community Gathering Village Centers (the original concept for the centers). Community Gathering Village Centers are where residents celebrate, share their art, enjoy a meal, learn, work, or recharge.

To accomplish his goal of becoming mayor, Ferrante has been reaching out to disenfranchised residents. “It’s how Trump won, and then the democrats took Georgia. People want to be heard and feel recognized. There is a population of people right here in Peachtree City that I plan on reaching. I want them to know that I am here and that I won’t do it without them.”