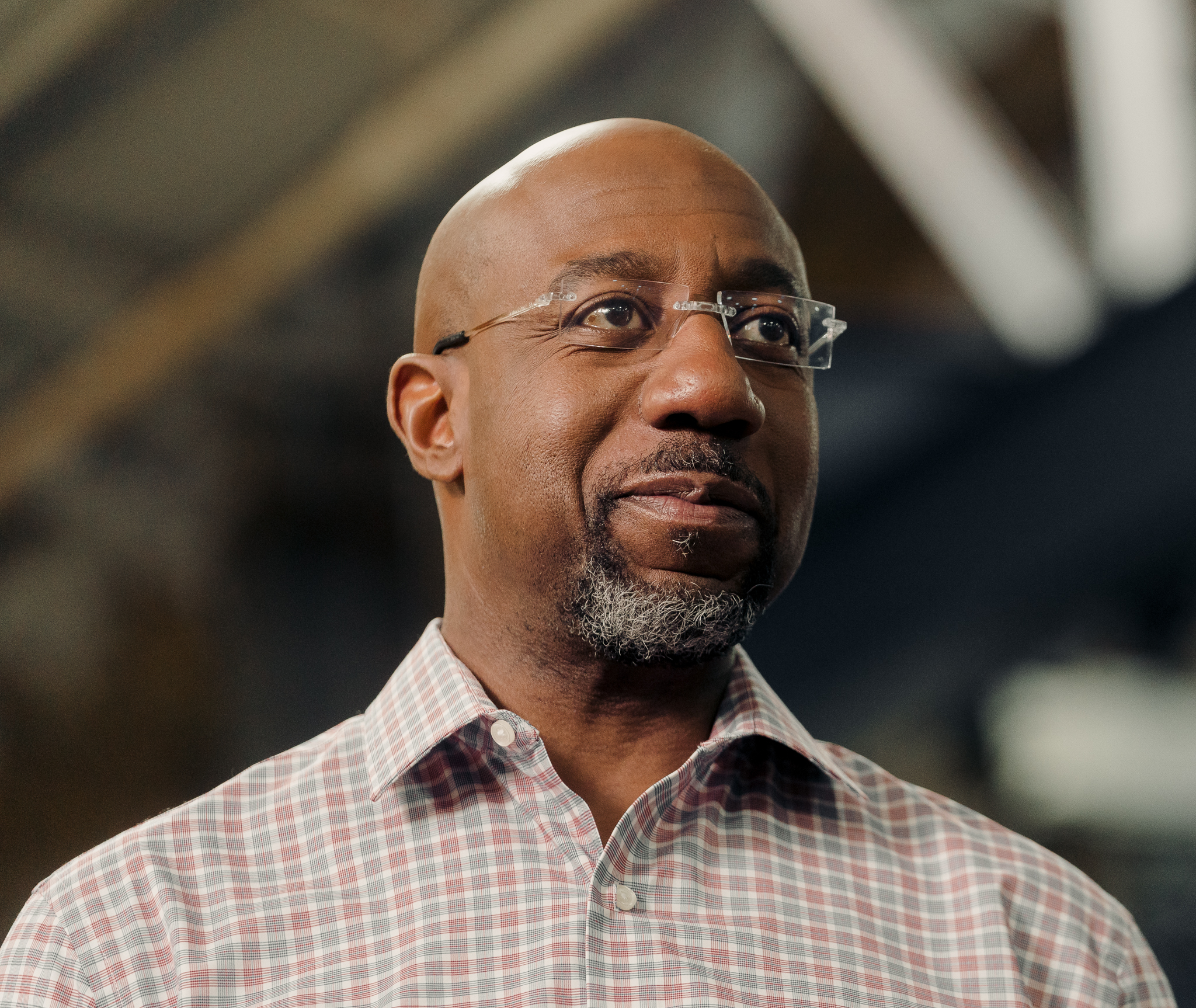 Armed with an influential position, the clergyman called for the release of a teenager who had been sentenced to 10 years in prison for a consensual sex encounter in 2007. Rev. Warnock and late congressman John Lewis, who was a parishioner at Ebenezer, visited the young man in prison.

Crucial public pressure campaigns like that visit ensured the success of the teen’s release. But Thurbert Baker, then Georgia states attorney, announced that he would appeal the lower court’s decision because, “It is my job to be the state’s attorney” he stated.

The state of Georgia would not vote to elect another high ranking black elected official until 2021 when Rev. Senator Raphael Warnock became the first black senator from Georgia.

“Only in this country could the son of a Black woman who once spent her summers picking cotton experience such a dramatic rise, becoming the first African American to represent Georgia in the US Senate”, sounds like a line borrowed from history a century ago but they are not. These words represent the promise of America for Raphael Warnock.

Perhaps it was his upbringing that informed his activism. According to his website, Reverend Raphael Warnock grew up in Kayton Homes public housing in Savannah. The family was short on money, but long on faith, love and humor. Raphael and his eleven brothers and sisters were taught the meaning of hard work.

Reverend Warnock’s father was a veteran, a small businessman, and a preacher. He spent the week hauling old cars to the local steel yard, and on Sundays he preached at a local church. Reverend Warnock’s mother grew up in Waycross, where she spent summers picking tobacco and cotton, and still lives in Savannah today. She worked hard to raise Raphael and his siblings to know that they could do anything they put their mind to doing.

Questions South Atlanta Magazine readers had for Senator Warnock
In the past year the senator has championed voting rights, equitable healthcare as well as infrastructure. Below are questions south Atlanta constituents asked Senator Warnock.

What are your top 3 priorities for the State?

Every single day I stand up for hardworking families in the Senate. I am the product of good public policy and that’s the lens through which I view my work every single day for the people of Georgia.

Lowering health care costs has been a top priority. I was proud to see my provisions to cap the cost of prescription drugs for seniors on Medicare and cap the cost of insulin for Georgians on Medicare become law as part of the Inflation Reduction Act. From saving seniors money by allowing Medicare to directly negotiate drug prices, to capping the cost of insulin and expanding vital healthcare subsidies, this legislation will make a lasting impact on Georgians lives.

I’ve also been fighting to protect and strengthen Georgia jobs. As one of the lead negotiators on the jobs and competition bill, I helped pass legislation to invest in Georgia jobs and ensure that we can compete with countries like China when it comes to manufacturing. It will help prevent shutdowns like those we saw at Kia’s plant in West Point, Georgia, due to a shortage of microchips.

And as the son of a veteran, I am always looking for ways to support Georgia’s active duty military and our veterans. In particular, I was proud to stand up for our veterans and pass the PACT Act, which was signed into law this year to expand access to health care for the nearly 350,000 Georgia veterans exposed to toxic burn pits. The folks that fight for us should not have to fight with us to get the benefits they deserve.

I know we’ve got a lot of work left to do, and I’m going to keep listening to Georgians and fighting to address the problems they face.

What have you learned about being a US Senator? How has that knowledge impacted your life?

I have spent my whole life committed to service and my work in the Senate is an extension of that lifelong project. We are able to provide relief to Georgians and get closer to solutions for the challenges they face when we put people before politics. I’m willing to work with anyone – Republican or Democrat – to help Georgians. That’s why I joined a Republican Senator from South Carolina to push for more federal funding for our HBCUs, which have been asked to make do with far too little for far too long. And it’s why I’m proud to have passed bipartisan legislation to address the maternal mortality crisis by teaming up with a Republican Senator from Florida.

Senator Ted Cruz and I also worked together to get highway I-14 categorized as a priority corridor, which will be crucial for connecting Georgia’s military installations. I will continue to work with anyone if it means Georgians will get the support they deserve.

Considering the heightened level of mental health challenges in our public schools, will you expound on how you will secure funding for mental health wrap around services and counseling?

There’s a lot of trauma going untreated and our kids’ struggles are too often overlooked, especially when we ask our educators to do jobs they weren’t trained to do, like providing mental health support to students who are struggling. I have proposed a package of mental health bills, including a bill that would help our schools hire and retain mental health providers.

Specifically, how has your faith informed/influenced decisions you’ve made regarding your constituency and your work?

I’m a pastor who happens to serve in the United States Senate, and my service has always been to everyone and anyone in need. I’m fighting to serve all Georgians.

A vote is a kind of prayer for the world we desire for ourselves and for our children. I got here on the prayers and hard work of Georgians throughout the state who imagined that this was possible. Folks who kept on praying, who kept their hands on the plow and pushed us towards this moment. I owe it to them, and we owe it to our children, to make sure that we push our nation closer towards its ideals—I believe that we have been working hard and pushing closer towards that ideal of a nation that embraces all of our children and I’m committed to staying in that fight for all Georgians.

What money or contributions have you made to Henry County? What economic development support can your office promise our county?

I’m proud of my work in the Senate fighting on behalf of all Georgians, including those who live in Henry County. I’m glad the Bipartisan Infrastructure Law includes investments that will upgrade Georgia airports, including Henry County Airport, by improving airport safety, equity and sustainability while expanding capacity for airport communities in addition to other benefits. The people of Henry County will also benefit from key provisions I helped secure during my time in the U.S. Senate to cap prescription drug costs and insulin for seniors on Medicare.

What is your office doing about unfair housing opportunities (lack there of) for economically disadvantaged?

Housing is stability, dignity, and critical infrastructure. That’s why I was proud to fight for more affordable housing options for Henry County residents, and hardworking families throughout Georgia.

However, I know that there’s more to do, and right now it is harder than ever for Georgians to cover housing costs. I’ve seen this issue from the frontlines as a pastor and as a member of the Senate Committee that oversees housing policy. This is why I introduced a legislative package in August to lower housing costs and help hardworking Georgia families purchase homes. All Georgia families deserve the security of a safe place to lay their heads. Not only is this the right thing to do, it’s also the smart thing to do. When hardworking Georgia families have stable housing, it strengthens our communities and our economy.