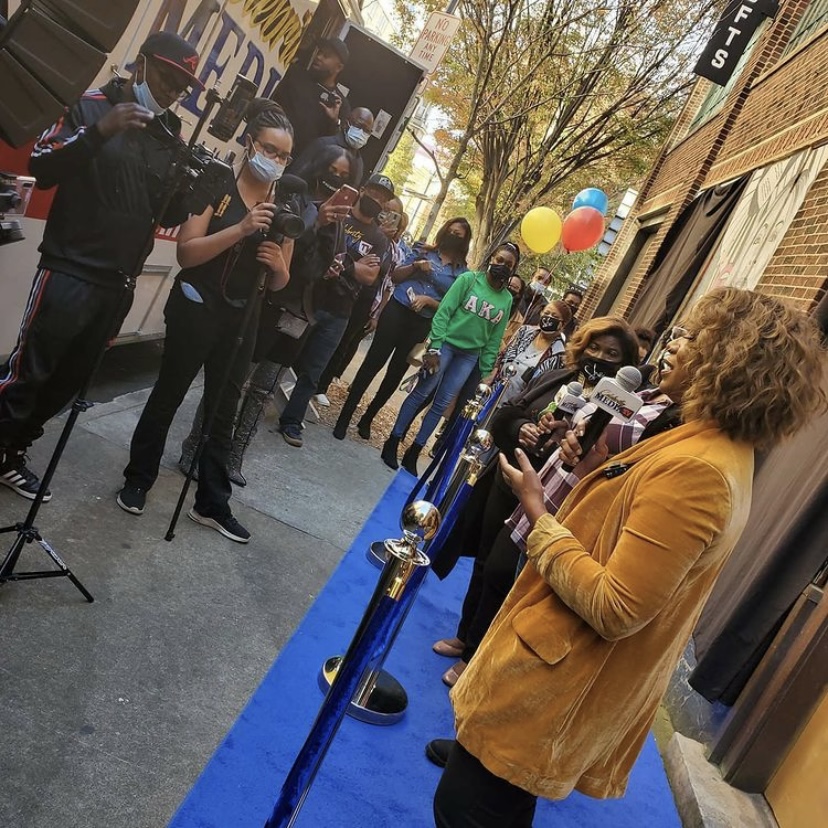 Queens Mural is an art exhibit inspired by Ms. Booker after her business was damaged by the George Floyd protests that suddenly turned into rioting on May 31st, 2020. Booker’s vision as a mother of a black son was to bring the women voices to the table. This prompted a group of talented women artists to come together to bring Sonia’s vision for her boarded-up business to life. The mural honors women and mothers of those impacted by social injustices brought on by police brutality. Mothers like Mamie Till-Mobley, Lucy McBath, Wanda Cooper – Jones and women like Sandra Bland, Layleen Polanco and Breonna Taylor have all graced the mural as queens with hopes of bringing awareness to the plight of women.

Birthed out of adversity, formally known as Bio-Bio is now the place for socially conscious content that primarily caters to women is produced. With Studio House Atlanta’s mission to imagine, create and monetize, it has quickly become the city’s newest urban talent hub. With Atlanta being #1 in the film and entertainment industry it was only fitting that this event be produced out of there, with over 8000 square feet including 7 studios, 2 CYC wall and several green screens.

Our Women in Politics is a non-profit organization established to form a support base for action-oriented women who have an interest in public affairs. OWIP’s mission is to involve educators, doctors, lawyers, homemakers, students, current elected officials, and like-minded women from countless other professions dedicated to supporting a solid political agenda. OWIP ensures that voices are being heard and that minority women are able to throw their hats in the political ring.

On November 21, 2020, A Celebration Fit for Queens honored Atlanta Mayor Keisha Lance Bottoms, Fair Fight Founder and Atlanta Governor Candidate- Stacy Abrams and Vice President Elect Kamala Harris with the unveiling commemorative hand painted portraits that honor and celebrate the hard work, determination and dedication of these three beautiful black queens. This production served as a celebration, recognizing the activity of women that continuously exhibit compassion, dedication and resolve to ensure that all women are empowered with a strong voice.